Autonomous vehicles and devices for intelligent homes are becoming increasingly complex. These applications  involve large collaborative systems which are powered  by AI-based algorithms distributed over IoT devices from edge to cloud. The new project VEDLIoT (“Very Efficient Deep Learning in IoT”)  will develop the next generation software and hardware technologies for such high performance, energy efficient and robust autonomous systems. The project is  funded by the EC with approximately €8 M and coordinated by Bielefeld University’s CoR-Lab. EmbeDL is one of the original initiators and, as a core partner in VEDLIoT, leads the deep learning optimization software stack in the project pushing the boundaries with our award winning Deep Learning Optimization Engine. 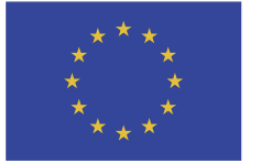 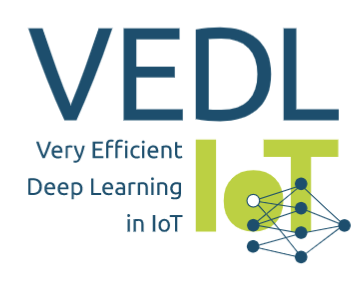 VEDLIoT will develop software and hardware technologies for the next generation autonomous systems powered by Deep Learning across a distributed system. A  major goal is to improve the performance/cost ratio of AI systems – software and hardware – distributed over the entire processing chain. It will enable the rapid convergence of the fast paced innovation occurring in parallel on the hardware and software sides. This emerging paradigm of co-design of DL algorithms and Computer Architecture has been called Algotecture.

“Insufficient efficiency, from both energy and cost perspective, is hindering the adoption of advanced AI in industry. The VEDLIoT project will solve these problems, enabling the next wave of intelligent products in automotive and IoT.” Says Hans Salomonsson, CEO of EmbeDL.

A modular hardware platform that allows microservers of different performance classes to be combined on a flexible carrier will be developed as part of the project. “Depending on the demands of the application, the servers can be individually configured on the carrier, resulting in a platform suitable for universal use,” says Jens Hagemeyer, an electrical engineer who is a member of the Cognitronics and Sensor Systems research group and is the technical lead on this project. System failures are also prevented with the new system: “If a server fails, e.g., due to a weak wireless network, the entire device can still be operated. In the best case, the user of a self-driving car wouldn’t even notice the server failure.”

Twelve partners from four European countries – Germany, Poland, Portugal, and Sweden – as well as Switzerland, an EU association state, are working together on the project.

The project involves seven universities and research institutes that bring together expertise in AI (Deep learning), Internet-of-Things and hardware architectures. The other project partners are companies of various sizes, ranging from start-ups to multinational corporations like  Siemens and Veoneer.

There are still great opportunities for more companies to participate in the project’s Open Calls: “We expect to finance at least ten additional use cases in the context of this project – in addition to the existing applications in the sectors of Automotive, Automation, and Smarthomes. That’s why we want to get more companies involved,” explains Dr. Carola Haumann, who is the project manager and Vice Managing Director of the CoR Lab at Bielefeld University. A prototype of the platform should be up and running by mid-2022. “The results from these different applications will flow into the IoT platform throughout the project,” says Jens Hagemeyer. “This will allow us to make continuous improvements to the platform.”

The project was launched in November 2020, and an in-depth kickoff meeting with all project partners was held in December. The project is scheduled to be completed by the end of 2023. VEDLIoT is financed by the funding line for computer science and communication technologies in the Horizon 2020 EU Framework Program for Research.

Elaheh works as a deep learning engineer at EmbeDL. She graduated from Shiraz University in 2018, where she studied B.Sc. in electronics engineering. She then pursued her M.Sc. at KTH Sweden in embedded systems, with a focus on hardware and embedded platforms. Elaheh became interested in using deep learning within constrained embedded architectures and focused on studying the fault tolerance of such systems in her master’s thesis. At EmbeDL, Elaheh works with exploring hardware options and implementing solutions on processing platforms. In her spare time, she likes to go swimming, listen to a LOT of podcasts and explore the city of Gothenburg.



Stay up to date with our newsletter